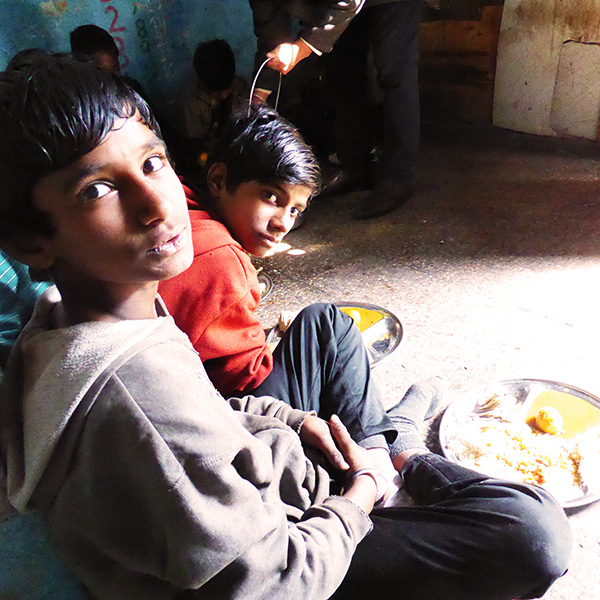 In 1988, the film Salaam Bombay wowed critics and attracted huge audiences; its director Mira Nair cast real street children who gave a powerful portrayal of street life from their perspective.  Shortly afterwards, people associated with the film set up Salaam Baalak Trust which now has two separate operations in Mumbai and in Delhi… … over 25 years on, SBT’s involvement with street and working children has grown and in Delhi it now reaches out to over 5,500 children a year, running 6 shelter homes, 19 contact points and a mobile school… … in 2009 Nick Thompson, in his third year of taking time off from a job in London to volunteer with SBT, and Danish, an SBT beneficiary, set up a flat in the narrow alleys near the SBT head office to provide accommodation to SBT volunteers… … in 2014, Nick and Danish set up a new company, Street Connections. The company now runs the Old Delhi Walk in partnership with SBT. In the same year they started shifting the volunteer flat to new, larger space that could also provide bed & breakfast accommodation. … in 2015, Dilip Roy, another SBT beneficiary, was appointed as manager of the Bed & Breakfast establishment, which was registered with the Delhi Tourism Department and named after his young daughter, Diya.