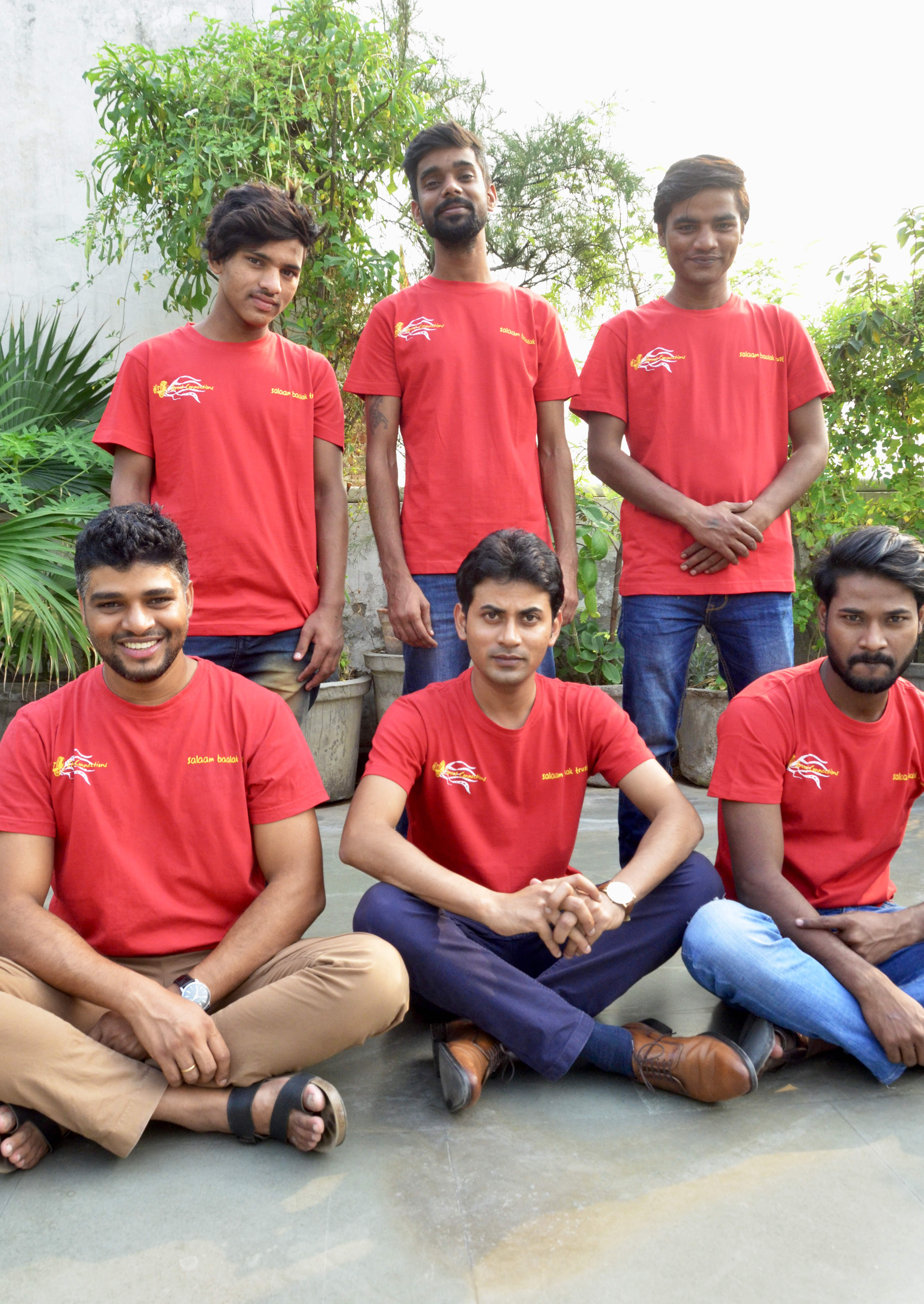 Danish (director, Street Connections)  Danish left home aged 7 and for the rest of his early life followed an unusual journey of survival and independence. That journey included a number of years with Salaam Baalak Trust, but only a few months in regular school; something which made him all the more proud when in 2014 he graduated from Delhi University through English medium. In 2009, together with Nick, he set up and then managed a flat for volunteers coming to SBT.  Danish has not only designed and produced jute craft (macrame), but has given workshops teaching this craft to rural women’s groups in different states in India.  He was also one of the early tour guides on the City Walk.

Nick (director, Street Connections)  Since 2007, Nick has been running in a different direction: away from a legal job in London for a few months each year and to India, and in particular Delhi and Salaam Baalak Trust. He is a Trustee of Friends of SBT in the UK, which he established in 2009 with a few others.  He set up Street Connections with Danish in 2014. Having first been inspired to work with SBT by the City Walk in its early days, he has continued to work mainly with the Volunteer and City Walk teams. He is largely responsible for liaising between SBT and Friends of SBT in the UK on the best application of the funds raised.

Dilip Roy (manager, Diya Bed & Breakfast)  Dilip spent a couple of years living around the railway station when he was still quite young, and then about ten years in Salaam Baalak Trust – although not without running away and running back. From SBT he attended school, and after leaving the Trust he has worked in retail and hospitality. He spent three years working for Benetton, ending up as a senior sales advisor, and about a year at the Sheraton Hotel in south Delhi.

Diya, who inspired the name for the B&B, is Dilip’s young daughter, who celebrated her second birthday in February 2016.

Naseer, who helps with cleaning and taking care of the  been connected with Salaam Baalak for many years, from when he was living on the streets. He was crazy about films then and still is, watching every single new release.  He does not speak much English but has learnt some phrases since joining the team and is looking forward to picking up some more.